As an author or information marketer, you will have no shortage of great ideas. Oh, if I only had as many minutes in a day as I have great ideas.

Here is what typically happens to many authors when they’re first starting out. They do some research and determine they have viable products they can develop in multiple markets. So they begin writing an ebook or book on chinchilla farming, raising cacti, earthworms, and who knows what else all at the same time.

Their thought process is like this. “I’ll just work a little each day on each of my eight book projects, and before long, I’ll have a great big library of information products that I’ll be making money on.”

So they work a little while each day on their chinchilla-farming book. Then they switch over to their book on raising cacti. After a while, they tire of that, so they begin some work on their great new ebook on earthworms. And so on and so on.

By utilizing this approach, you delay the completion of any individual project for some period of time. So nothing is making you any money because everything is still in a state of development. If each project takes a month to complete, you’re effectively delaying any possible revenue inflow until at least four months down the road if you’re working on four projects simultaneously.

And, invariably, something that you think will take a week ends up taking two or more. So maybe those four months becomes six or seven or eight. You are hemorrhaging cash, and nothing is coming in.

That is if you’re doing all the work yourself. Experienced authors know they don’t have to do all the product creation themselves. They use ghostwriters and other resources to help them generate more products more quickly. This is where you want to get to. Just be sure when you’re starting out you don’t get sucked into the multiple project trap. 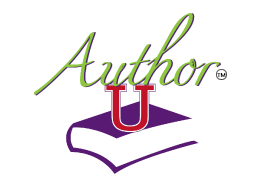