Welcome to the Ship Your Books site from our co-founders, Bret Ridgway and Bryan Hane.

Ship Your Books is a division of Speaker Fulfillment Services, a company dedicated to working with authors, speakers, and other information marketers.  We handle the behind the scenes production, warehousing and shipping of your books and other information products so you can focus your energies on the more highly valued tasks of marketing and product creation.

How did Ship Your Books come about?  It all started way back in 1992 when co-founder Bret Ridgway had the fortunate privilege of attending the late Gary Halbert’s “Hurricane Andrew Seminar” in Key West, Florida.  Little did he know at the time how that event would change his life and the interesting paths that it would lead him down.

Gary Halbert’s seminar was his first exposure to the world of direct marketing outside the world of telemarketing, which he had been involved with for about ten years.

But over the course of those few days back in 1992 he had the wonderful opportunity to learn from masters like Gary Halbert, Ted Nicholas, Bill Myers, David Deutsch, Brad and Alan Antin and many others.  It’s also where he had the opportunity to meet a gentleman named Carl Galletti for the first time.

That chance meeting led to a joint venture with Carl two or three years later where he took over Carl’s hard-to- find marketing books catalog. Fast forward to 1999.  Carl decided to put on his first Internet Marketing Superconference in Las Vegas and asked Bret if he would come out and set up a marketing bookstore at his event and handle the back-of- the-room sales.  Bret had only a vague idea of what that entailed but it sounded like a great opportunity to meet some new folks so he agreed to come out and help Carl.

That one event evolved into the eventual formation of Speaker Fulfillment Services as we know it today.  And it’s still evolving.  Some of the speakers at Carl’s event, who were event promoters in their own right, saw what we were doing and asked if we could help them at their event.

It was a natural outgrowth from all the relationships Bret and SFS co-founder Bryan Hane had established from handling the back-of- the-room at dozens of Internet and Information Marketing Seminars.  So the duplication and fulfillment portion of the company was formally established in 2003. Over time, we began to handle more and more book fulfillment for some of our clients, so Ship Your Books was launched as a separate brand in 2016, although its roots go back to the founding of Speaker Fulfillment Services.

We now operate out of the Speaker Fulfillment Services’ 50,000 square foot facility in Terre Haute, Indiana. We’d love to work with you. 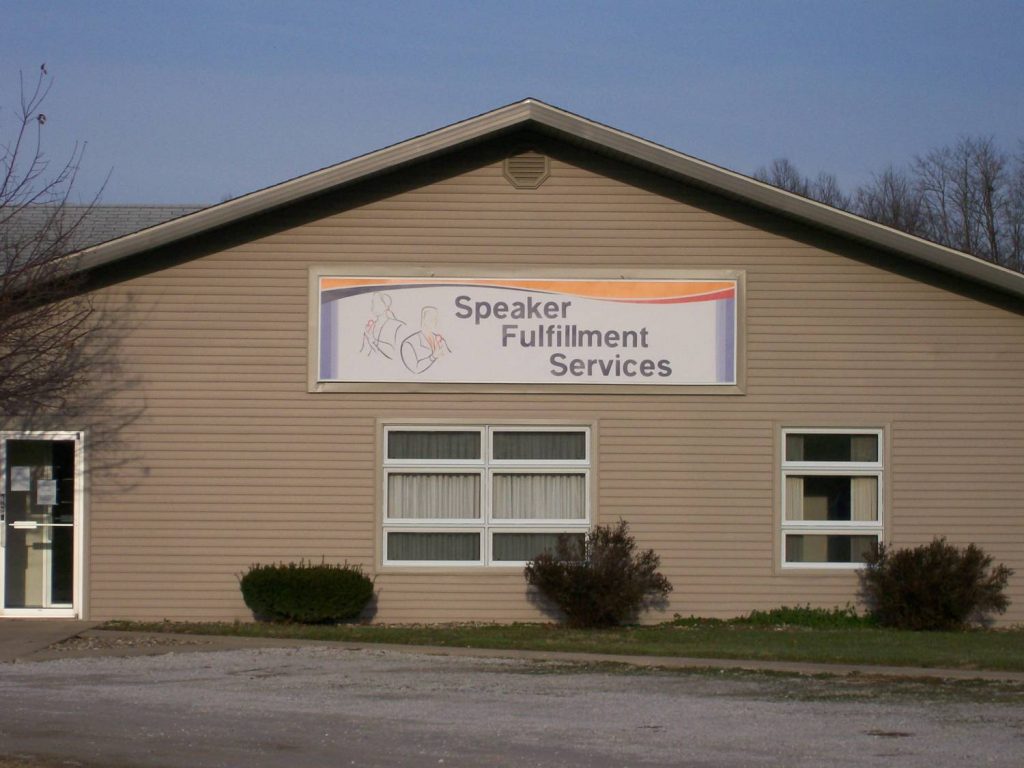